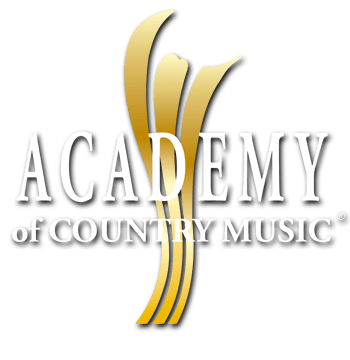 The Academy of Country Music Awards, also known as the ACM Awards, were first held in 1966, honoring the industry’s accomplishments during the previous year. It was the first country music awards program held by a major organization. The Academy’s signature “hat” trophy was first created in 1968. The awards were first televised in 1972 on ABC. In 1979, the Academy joined with Dick Clark Productions to produce the show. Dick Clark and Al Schwartz served as producers while Gene Weed served as director. Under their guidance, the show moved to NBC and finally to CBS, where it remains today.

In 2003, the awards show left Los Angeles and moved to Las Vegas at the Mandalay Bay Events Center through 2005. The Academy also adopted a sleeker, modern version of the “hat” trophy in 2003, which is now made by the New York City firm Society Awards. In 2004, the organization implemented online awards voting for its professional members, becoming the first televised awards show to do so. Entertainer of the Year was a fan-voted award for eight years, until 2016, when the ACM announced its decision to abandon Internet-voting for it and the three new-artist categories.

Country music icon Reba McEntire has returned to hosting the 54th Academy of Country Music Awards for the 16th time Sunday night. Chris Stapleton and Keith Urban lead in the top categories with nominations for both male artist of the year and entertainer of the year.

McEntire also shared some details about her hosting gig, which she promised would be politics-free.

ENTERTAINER OF THE YEAR

FEMALE ARTIST OF THE YEAR

MALE ARTIST OF THE YEAR

DUO OF THE YEAR

GROUP OF THE YEAR

SONG OF THE YEAR

NEW FEMALE ARTIST OF THE YEAR

NEW MALE ARTIST OF THE YEAR

NEW VOCAL DUO OR GROUP OF THE YEAR

ALBUM OF THE YEAR

SINGLE OF THE YEAR

VIDEO OF THE YEAR

MUSIC EVENT OF THE YEAR

SONGWRITER OF THE YEAR

The most prestigious awards are for “Artist of the Decade” and “Entertainer of the Year.” There are a number of other awards to recognize male and female vocalists, albums, videos, songs, and musicians. The awards are typically presented in April or May and recognize achievement for the previous year.

Artists of the decade

The Triple-Crown Award is an elite honor that has been presented to only eight country artists in the history of the Academy of Country Music Awards. The honor distinguishes the achievement of an artist, duo or group upon receiving the New Artist (or New Male Vocalist, New Female Vocalist, New Solo Vocalist, New Vocal Duo, New Vocal Group or New Vocal Duo or Group), and Male/Female Vocalist (or Vocal Duo, Vocal Group, Vocal Duo or Group) and Entertainer of the Year awards.[8] Among the later recipients, Carrie Underwood received it at the ACM Awards,[9] while Jason Aldean at the Annual ACM Honors.[10] The following list shows the seven artists that have won the award and the first year winning each of the categories required.