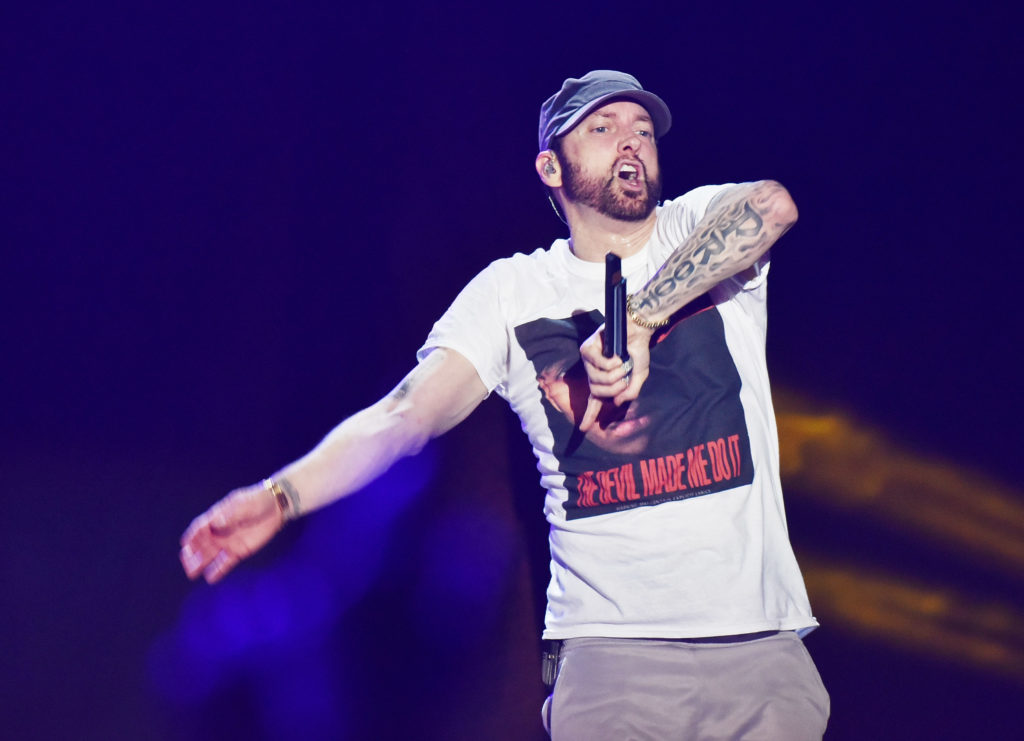 Eminem will be back in the United Arab Emirates for his first performance in seven years. He’ll be performing a massive Abu Dhabi show at Du Arena on Yas Island. The last time he graced us with his presence was to close out the Formula 1 2012 weekend.

This will be the Abu Dhabi leg of Eminem’s critically-acclaimed Kamikaze world tour and promises to showcase his epic flow and lyrical genius.  He’s one of the world’s biggest and most respected hip-hop artists,

The Real Slim Shady sits on a mountain of rap accolades, record-breaking releases and awards. He’s taking all that and a sack full of showmanship on the road for the promotional tour of his tenth studio album, ‘Kamikaze.’

Eminem’s return to the UAE will take place on the 25th October, where he’ll be lighting up the du Arena at with his ‘Kamikaze’ world tour.

His trademark flow, which inspired an entire genre within rap, is characterised by speed, verbosity and lyrical dexterity. Your boy rains sulphur in the booth. Eminem attributes much of his skill in crafting rhymes to his detailed study of the dictionary in his youth. He is an arch-linguist as much as he is an armed-lyricist.

It’s been 20 years since the release of his ‘Slim Shady LP,’ which was put together under the tutorage of Dr Dre, and the one man hit factory has been stacking-up platinum plaques ever since. Just a brief browse through the Marshall Mathers (Eminem’s birth name) Juke Box uncovers a library of generation-defining beats.

Mathers is absolutely worthy of the ‘King of Hip Hop’ title Rolling Stone placed on him in their list of the 100 greatest artists of all time. Although he was probably hoping for a slightly loftier title.

The underground king gone global promises an A star performance,  Fans will lose themselves in the music and the moment with a set list that will throw back to the 1990s and 2000s, featuring some of Mathers’ most iconic tracks, including ‘The Way I Am’, ‘The Real Slim Shady’, ‘Without Me’, ‘Till I Collapse’, ‘Mockingbird’ and fan favourite, ‘Lose Yourself’.

Fans will also be treated to renditions of The Real Slim Shady’s more recent work with tracks from his latest album Kamikaze, the best-selling Hip-Hop album of 2018, including, ‘The Greatest’, ‘Lucky You’ and ‘Nice Guy’.

Get your tickets now https://www.ticketmaster.ae/artist/eminem-tickets/5260?brand=ae_eminem